The living wage was introduced by the World Fair Trade Organization back in 2015.  Since then, all the Fair Trade Organizations have to comply to this specific rule. Having said that, let’s be clear on how to we define a « Living wage », how do we set it up and how is it affecting the craft’s price for the fair trade organization? Starting with definition always make things clearer

A fair price is one that has been negotiated through dialogue and transparent price setting, which includes: an analysis of production and trace costs, a fair wage and provides a fair profit.

A fair wage represents an equitable, negotiated share of the value chain of the product and presumes the payment of a least a living wage.

A living wage is the remuneration received for standard workings hours (without overtime), which is sufficient to meet the basic needs of an individual and his/her dependents, and allow for some savings and/or additional expenditure. Elements of a decent standard of living include food, water, housing, education, health care, transport, clothing and other essential needs, including provision for discretionary expenditure.

As per the World Fair Trade Organization, the living wage has to represent 110% of the minimum wage. 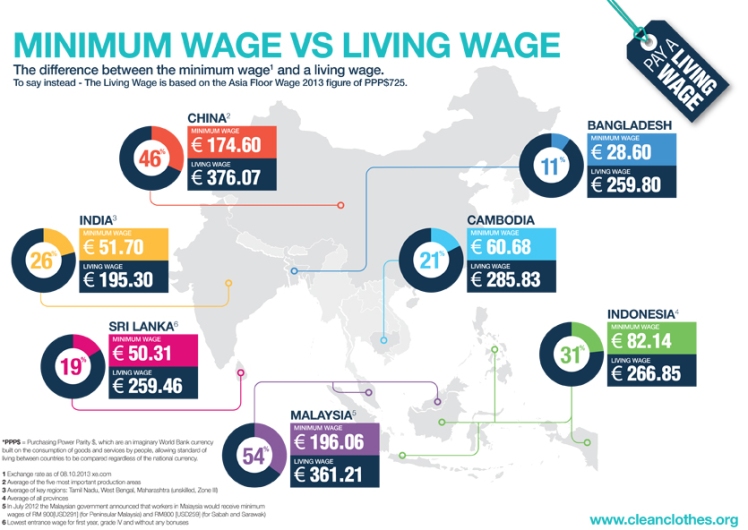 WFTO main office and regional office such as WFTO Asia had given advice on how to prepare the transition from paying a fair wage to a living wage. Among them, the fair trade organization are advised to:

A specific costing sheet has been created in order to calculate the new product price based on the calculated living wage being implemented. This approach method is more artisans producers/ management related, so that all the fair trade organization are able to apply it based on their own environment and the implications for business.

Artisans . Designers . Made in Nepal

Suti's blog explores the creative work of Nepali artisans, local and international designers and their products.