artisans . designers . made in Nepal

I have prepared a selection of cases when renown brands are, what I call are :

Recently, I got revolted against Max Mara, a middle starting luxury fashion brand which just copied the beautiful patterns from the Oma community living in Northern Laos, as well as in northwestern Vietnam and southern China. This community has a great know-know for their traditional clothing featuring indigo dye with red embroidery.

Pictures taken from the Buzzfeed article 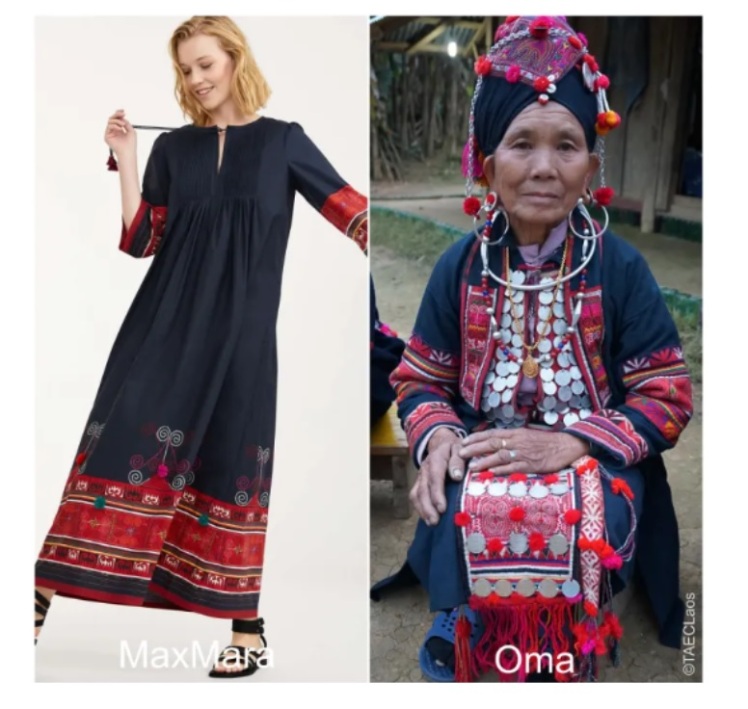 Looking at the price… 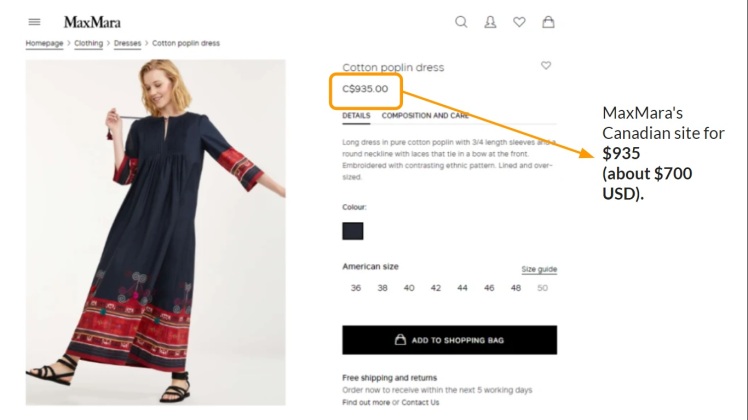 and the sleeves details…

Taking a design, a pattern, a food item, something that represents a cultural aspect without giving special credit to the people who are from minorities, tribes and indigenous people or just belong to this culture, is called « cultural appropriation ».

Looking at the specific definition: « Cultural appropriation is the act of adopting elements of an outside, often minority culture, including knowledge, practices, and symbols, without understanding or respecting the original culture and context. »

Sometimes, you can wonder, are we talking about an homage or a theft?

It would be considered an homage if you are directly collaborating with the tribe, the targeted group, giving them credit and supporting them in an economical-way too. I do consider a theft once it doesn’t follow what I mentioned earlier.

Cultural appropriation has been recently also not considered just in fashion but also in the food industry. Lately, Marks & Spencer launched a Byriani wrap which actually do not follow the right recipe (see article link).

In one of the latest fashion show of Gucci, the brand made a very direct and straightforward approach with their models wearing turbans as per the Sikhs culture.  What was the aim of the brand here?

In the former case of Nike, with the imitation of the colorful patterns of the indigenous community in Panama, called the « Mola ». See pictures below

One good news, the brand apologized and didn’t release the shoes. See the article link.

New year, new project with this great upcoming master class. Stay tuned!!
Are we in still in the stigma that women can’t do all the jobs?? Nooooo Time for change and time to know about the social program initiated by @kar.macoffeenepal to create amazing sustainable wooden crafts made by women. Find the article link in the Linktree #carpentry #women #wood #sustainable #design #buildthefuture #suti #sutiblog #karmacoffee #karma
Did you know that the @thebodyshop wrapping paper bags and boxes are made in Nepal and by a Fair trade organization? Find the article on the bio link Picture. @thebodyshop #fairtrade #fair #paper #wrapping #sustainablepaper #recycle #madeinnep
I welcome you to start the voyage with @ofsilkandsalt Read the story of Anne and Jérôme, founders of @ofsilkandsalt a restaurant and lifestyle nomadic collection store based in the heart of Patan #ofsilkandsalt #nomadic #collection #suti #sutiblog #blogarticle #article #interview #upcycled #sari #saari #sustainablefashion